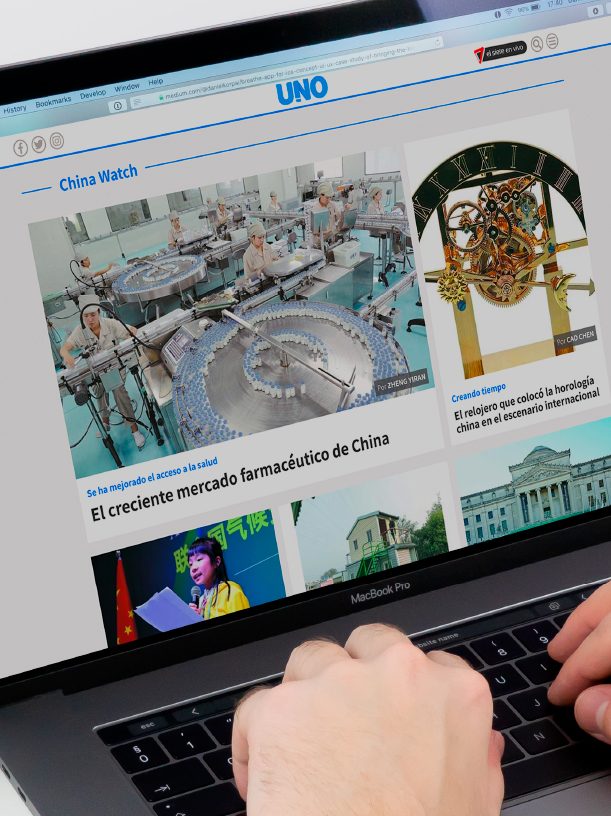 China Watch Argentina is the first supplement in Spanish of the China Watch editions – publications made in several languages and coordinated by China Daily, the national newspaper published in English in China. The first publication of the Argentine edition was released on the 15th of March of 2016, and continued with a format of 4 pages, every 15 days.

The supplement is published together with the newspaper El Cronista Comercial in Buenos Aires and La Capital in Rosario, province of Santa Fe. It is also available digitally on the Uno newspaper platform at www.diariouno.com.ar.

In line with the main idea of China Watch, China Watch Argentina wants to enable readers of our country to understand the development of China in different areas such as economics and politics, and to know the culture and lifestyle of the citizens of the Asian country. The publications usually deal with current issues and areas such as economics, politics, technological development, sports, culture, etc